You are here: Home / Featured / Why my Kindle is changing the way I read 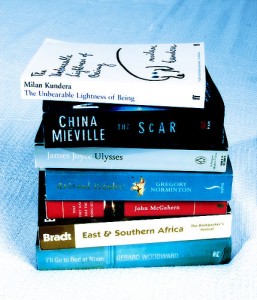 Stuart wrote a great article about long reads and his Kindle over on his blog. We asked him if we could reproduce it here. He obliged us. Enjoy!

When I was weighing up whether to get an Amazon Kindle I’m not sure if I thought it would make me read more. I usually had a book on the go, so I couldn’t see it helping me squeeze in any more of them – it would just make it more convenient when I wanted to buy one.

I certainly didn’t foresee that it would widen my reading so much, or that this would have nothing to do with books.

I’d been to longform.org previously and I really liked its notion of providing a place to encounter lots of quality journalism. But like a lot of folk, I imagine, I rarely seemed to have the time to read as many of them as I’d have liked.

So when I got my Kindle I went to Longform and started making use of its handy Send to Kindle button. The result is that I’ve only read about three books in six months – but the articles I’ve been reading have been about a much wider range of topics than I would have encountered through books.

Longform partners with sites like Slate to present articles around certain themes, and invites guest editors to curate pieces. And while its selections are perhaps overly biased towards U.S. publications, they are from big players: The New Yorker, The Atlantic, The Smithsonian, Time, Vanity Fair, Rolling Stone and the like. It also invites you to submit articles you’ve found.

It has a lovely open source kind of feeling, and the clean design means there’s nothing to distract you from the important business of browsing through the stories. Or, as they put it in a recent blog post:

There’s no Most Popular box to keep the numbers churning for particular stories, we don’t SEO the hell out of posts, and every piece we recommend spends roughly the same amount of time at the top of the homepage.

You can browse in a variety of ways, too – by topic, by writer, by publication, by decade (one of the things I love about the site is the fact that you’re as likely to come across something from the 70s as you are a recent story). It’s a bit like having all the best magazine articles ever at your disposal, without having to buy the magazines or get ink on your fingers.

Another interesting thing about this way of reading articles is that you’re not exposed to the way magazines traditionally present them. I read Getting Bin Laden, from the New Yorker, last week. I don’t buy The New Yorker, so it’s unlikely I would have encountered the article without Longform; but if I had bought the magazine it’s the kind of piece I might very well have skipped over in favour of articles closer to my other interests.

But there’s something democratising about reading things on the Kindle – everything’s in the same font, there are no ads, no sidebars and one tends not to flick through looking at how long stories are and surmise whether it’s worth embarking on reading it. If you send it to your Kindle it’s because the subject sounds interesting, and that’s it. You know it’s going to be long, and that becomes a positive rather than something that may turn you off. It might take three or four commutes to/from work to get through it, but it’s a pleasant way of keeping your brain ticking over and you know that soon you’ll be onto another piece.

Over the past few months I’ve indulged my fascination for, um, creepy subjects like missing persons, nazis and serial killers, but I’ve also read about the Marfa Lights;  how Hollywood stars would look rubbish without stylists; what happens when pet chimps go nuts; KFC’s plans for world domination; a 1991 piece about Guns N’ Roses on the verge of implosion; a portrait of a paranoid, joyless Tiger Woods; battles and rivalries in the breathable outerwear industry (?!); a whole series of stories about Saturday Night Live.

I also wonder what the magazine publishers think about this form of reading. On the one hand their content is being exposed to more people, but on the other hand people using the Send to Kindle button are reading it without actually going to their sites and adding pageviews or ad impressions. Like lots of the entertainment the web enables you to access for free, the fact that this feels too good to be true has me suspecting that it is, and that it may not last.

But while it does, I’d recommend that anyone with a Kindle give this way of reading a go. It’s a readolution!

Find out How to send articles from your Android phone to your Kindle over on Stuart’s Blog.