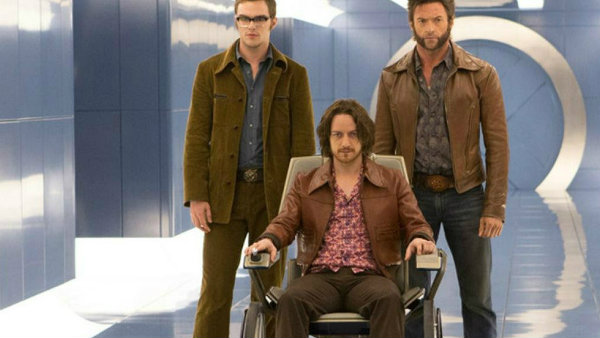 X-Men past and future collide to save mutantkind from a horrible fate! A cast of so many people, you’ll have trouble keeping up! James McAvoy wears flared jeans! Hugh Jackman wears not much at all! Peter Dinklage!

Let’s have a look and see if X-Men: Days of Future Past lives up to the massive amounts of hype…

Based on: Days of Future Past by Chris Claremont and John Byrne 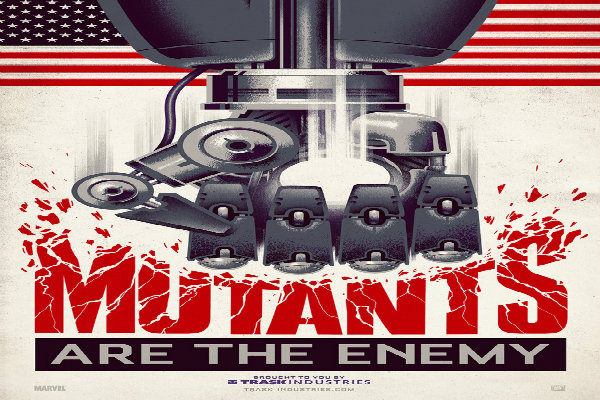 In a dystopian 2023, where the weather is perennially awful, mutants are being hunted to death by the robots known as the Sentinels. A small group of survivors, lead by Kitty Pryde, manage to survive through Kitty’s ability to phase a person’s conciousness back in time a few days to warn them of oncoming attacks.

In a hidden monastery, Pryde’s group meets up with Professor Xavier, Magneto, Storm and Wolverine. Xavier and Magneto decide to use Kitty’s phasing to send Wolverine back to the past, to alter the future and avert the moment that lead to this horrid future. So, Wolverine is sent back to 1973, to stop the wayward Mystique’s assassination of Sentinel creator Bolivar Trask, which in the current future leads to the war and the hunting and killing of mutants.

And to do that, he will have to reunite the young Charles Xavier and Erik Lehnsherr, at a time where they couldn’t have been further apart…

A word of warning – if you haven’t seen any of the other X-Men films, Days of Future Past will not make a jot of sense to you. Rather than a straight up sequel to 2011’s First Class or 2006’s The Last Stand, it meshes both casts into one mega story. Based on Chris Claremont and John Byrne’s 1981 Marvel Comics storyline, Days of Future Past is like a filmic layer cake of story strands.

In the present (dystopian 2023), we’ve got a bunch of new mutants (Fan Bingbing’s Blink boasting the coolest power ever) along with Kitty Pryde and Iceman. We’ve also got Xavier, Magneto, Storm and Wolfie himself. And then, in the past (flared jeans and lava lamps 1973) we’ve got the four main players from First Class, along with Evan Peters as Quicksilver (who really needs a bigger part in the next instalment) and Peter Dinklage as Sentinel creator Bolivar Trask. Granted, most of the film takes place in the past but intercuts with the future along with archive footage of President Nixon (it makes total sense in the film, don’t worry) makes for a film that, if you so much as blink, will give you a massive headache trying to keep up.

But! That does not mean that this isn’t a good film. On the contrary, Days of Future Past is exactly what the X-franchise needed: a firm kick up the bum. After X-Men: The Last Stand (and the Wolverine spin-offs), it’s brilliant to see what was basically the franchise that kickstarted the current superhero boom return back to form. The fact that original director Bryan Singer is back helps a lot, and the merging of casts makes it fresh, sharp and darker than the average Marvel film (in both the MCU and non-MCU), but without going full Christopher Nolan on us all.

McAvoy and Fassbender are a dream pairing, sparking off each other like naturals. Erik’s highly emotional speech to Charles on the plane, in which you find out exactly how much mutantkind has already lost since First Class, is a stunning example of how talented these two guys are. Jennifer Lawrence meanwhile, shows how much her character has evolved and gives a chilling performance as Raven slowly transforming into the Mystique we all know.

The one niggle I had with Days of Future Past is the one that many people seem to agree on: too many cast members, thus not enough screen time for all of them. In the case of Halle Berry as Storm, I can understand her reduced screen time as Berry was actually pregnant during the shoot. But you also have Patrick Stewart and Ian McKellen back, and they’re mostly just there, occasionally providing bits of exposition.

As for what happened to Anna Paquin’s scenes as Rogue, I have no idea, but it’s sad that she’s basically been cut down to a little cameo at the end. And the ending, although suitably comic book superhero-ish, will divide opinions for sure.

But overall, X-Men: Days of Future Past is a giant step back in the right direction. It thrills, it’s suitably atmospheric and it’s got some of the best actors working today in it (including Peter Dinklage, who is never not awesome).

And because no Marvel film would be without one, stay seated for a post credit scene which will have you so excited about X-Men: Apocalypse, you’ll want to travel forward in time two years just so you can see the finished result already.

X-Men: Days of Future Past on IMDb